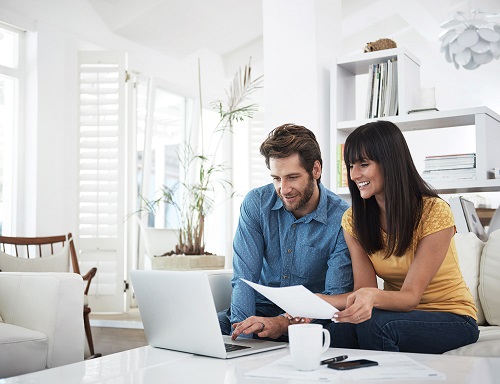 A review of strategies to maximize the tax benefits from charitable giving should be a fundamental part of year-end tax planning for taxpayers and their advisors. For wealthier taxpayers, this might mean complex strategies that work in tandem with estate planning. For others, it might simply mean accelerating deductions to the current year if tax rates are constant or decreasing, but possibly deferring deductions if tax rates are increasing. In either case, there are additional factors for taxpayers who have Individual Retirement Accounts (IRA) to consider now that uncertainty over the use of IRAs for charitable giving has been eliminated following passage of the Protecting Americans from Tax Hikes Act of 2015 (PATH Act).

The PATH Act made permanent the provision allowing qualified charitable distributions (QCDs) from IRAs (IRC Section 408(d)(8)). A QCD allows taxpayers who have reached age 70½ to annually exclude from gross income up to $100,000 of distributions made directly from the taxpayer’s IRA to a public operating charity. This provides taxpayers who own IRAs the opportunity to reduce Adjusted Gross Income (AGI), effectively realizing the tax benefit of a charitable contribution deduction without concern over annual AGI limitations. QCDs can also be used to satisfy the required minimum distribution (RMD) rules for the year made and thus might be particularly appealing to taxpayers who do not need the RMD for living expenses.

For taxpayers who have IRAs, using QCDs to lower AGI could fulfill a taxpayer’s charitable giving goals while also achieving tax-planning objectives such as:

•Maximizing overall tax deductions for taxpayers who take the standard deduction (and, to a lesser extent, taxpayers who itemize, but who would not do so if charitable contributions were made via QCDs).

•Mitigating the AGI-based reduction of certain itemized deductions and the phase-out of personal exemptions.

•Preserving tax credits (such as the Child Tax Credit or American Opportunity Credit for dependent children or grandchildren) and special deductions (such as the “small landlord” exception for deducting net losses from rental real estate).

While not an exhaustive list of how AGI can affect a taxpayer’s federal effective tax rate, these examples illustrate that QCDs can be an effective tax-planning tool across a broad range of income levels. By reducing AGI, QCDs might also create state or local income tax savings (the State of Ohio, for example, calculates taxable income using federal AGI, but does not allow a deduction for charitable contributions). In addition to taxes, reduced AGI might yield savings related to other government programs (such as avoiding required additional Medicare premiums for higher-income taxpayers).

Taxpayers who own property that would have produced a long-term capital gain if it had been sold at fair market value on the date of the contribution (i.e., capital gain property) might donate the property and enjoy the dual benefits of deducting the fair market value of the assets (subject to AGI limitations) while also avoiding tax on the gain. This well-known strategy is generally an optimal course of action.

However, taxpayers who have both capital gain property (e.g., stock) and an IRA should weigh the pros and cons of the two alternative methods of giving. On the one hand, donating the stock might be preferred because it offers greater flexibility (QCDs are generally restricted to public charities and cannot be used to fund private foundations, donor-advised funds or charitable trusts) and because it effectively converts the stock to cash, which might alleviate concerns about the stock’s price volatility. On the other hand, a QCD might be preferred for one or more of the reasons mentioned above, or because it can reduce the total amount of income that a taxpayer and the taxpayer’s heirs must ultimately recognize because capital gain property can escape income taxation via step-up in basis at death, whereas IRA income will ultimately be taxable.

For taxpayers desiring to use an IRA to fund charitable giving, it is important to note that the donations need to be made in a specific manner after the taxpayer has attained age 70½ (see IRC Section 408(d)(8)). Taxpayers will need to:

1. Contact the IRA administrator and have the distribution be made directly to the qualifying charity.

2. Obtain from the charity the contemporaneous written acknowledgment necessary to claim a charitable contribution deduction.

3. Ensure that the entire amount of the contribution would otherwise have been deductible, ignoring the percentage of AGI limitations under IRC Section 170(b) (so, taxpayers must therefore be careful to not receive any benefit as a result of the contribution).

The Most Overlooked Tax Deduction by Real Estate Owners

6 Things To Know About Your Side Hustle And Taxes

IRAs and tax-efficient charitable giving: What you need to know

Three Benefits of Maximizing Your Relationship with Accountants

Six Tax Planning Strategies To Prepare For A Trump Presidency

7 Things Most Millennials Don't Know About Preparing For Retirement

The Best Method for Paying Off Each Kind of Loan

Why you may want to take IRA money at 59½

Tax Savings from a Home Office

How Investors Can Salvage Tax Losses With the Wash Sale Rule

Attention Employers: Prepare Yourselves for the New Overtime Law

Understanding Distributions from Traditional IRAs and Taxes at Death

How to Plan a Successful Business Exit

Valuation: Start Treating Your Business As An Investment!

Balance Funding an IRA with Other Financial Goals

Why Tax Planning Should Be a Year-Round Priority

10 Things You Absolutely Need To Know About Taxes

Lessons From the Tax Court: Medical Exception For IRAs

Timing Payments Around the Close of the Year

6 Tips for Saving for Retirement in 2016

Tax Strategies Scan: Take the Bite Out of 401(k) Conversions

Tax Planning Businesses Can Do Before Year End

Should You Delay Marriage to Save Tax Dollars?

How Landlords Can Write off Rental Property Losses

Why Do Accountants Lose Clients?

How to Deduct Real Estate Losses

Are You Prepared for the Latest Independent Contractor Crackdown?

Stepping Up to Wealth Management

Baby on Board? 7 Tax Tips for Expectant (and Hoping to be Expectant) Parents

Why Real Estate Investment Is Your Best Tax Shelter

Which Employee Fringe Benefits Are Taxable?

Making the Most of Required Minimum Distributions at Retirement

Determining how much Medicare tax you may pay on business income

7 Biggest Threats to Your Retirement

When It's OK to Tap Your IRA

15 Ways to Spend a Refund